The land where hunting can be practiced in the Autonomous Community of Aragon can be: 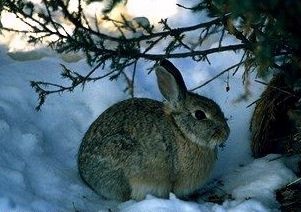 LOS VALLES
Located in the western part of the Aragonese Pyrenees a short distance from the town of Echo and Ansó. On a land rich in beech and fir forests, inhabited by a complete representation of the Pyrenean fauna, including the last copies of the legendary Bear.

THE CIRCUS
Located in the Central Pyrenees, in Alto Cinca next to the municipality of Bielsa, one of the last virgin areas of the Pyrenees. Very abundant in Sarrio and Boar.

VIÑAMALA
Located in the Aragón river valley, between one of the highest concentrations of ions and lakes of glacial origin. Abundance of Sarrio and Corzo.

BENASQUE
In the term of Benasque, in the Eastern Pyrenees located among the highest peaks of the Pyrenean chain (Aneto, Maladeta, Posets) between spectacular valleys carved by the glaciations The largest population of Rebeco del Pirineo, also Ciervo, Corzo, etc.

UNIVERSAL MOUNTAINS
In the mountain range of Albarracín, mountains covered by large masses of pines and sabinares among which the Tagus River is born. Deer, fallow deer, wild boar, ...

PORTS OF TORTOSA and BECEITE
Located in the Northeast of the province of Teruel, shared with the province of Castellón, between the Iberian Sierras and the Catalan Coastal Chain.
Aleppo pine forests.
Inhabited among other species by Mountain Goat and Wild Boar.

Other information about fauna in Aragón:

A small list of species in Aragon would be the following:

Also Aragon enjoys a diverse and varied Nature where passing by plants, animals, Geology, or landscapes we can arrive at a fantastic bestiary that lives in its monuments.

The information will not be complete without a stroll by its three provinces, with shutdown in some of its spectacular landscapes like Ordesa, the Moncayo, Monegros or by opposition the Ebro.

Also you can dedicarte to the intangible ones: from the legend compilation that also does to universal Aragon.

The pasapues project is an extension of the Aragón project is like that, and tries to collect and relate all possible types of documentary information about Aragon: texts, books, articles, maps, illustrations, photographs, narrations, etc., and proceed to its publication and diffusion.

Legal Warning.. This activity of the Asociacion Cultural Aragon Interactivo y Multimedia
As opposed to the threat of the hope of the water trasvase: CONGRATULATIONS.

This website does not directly use cookies for user tracking,
but third-party products such as advertising, maps or blog if they can do it.
If you continue you accept the use of cookies on this website.